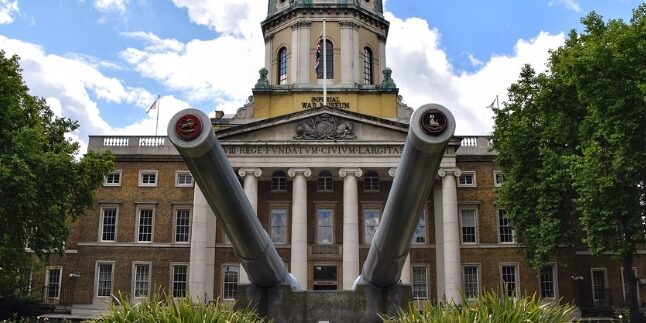 Imperial War Museum (IWM), London, was founded in 1917 when the War Cabinet approved a proposal to create a museum to record the events taking place during the Great War. The intention was to collect and display material as a record of everyone’s experiences during that time, civilian and military, and commemorate the sacrifices of society. Today the IWM has evolved to incorporate many ‘conflicts’ at its prestigious Lambeth Road location in London.

The DTX team were delighted to be awarded a contract at this prestigious site. The overall project consisted of the design, construction, and fit-out of new Galleries and a refresh of the Second World War atrium terrace displays. Phase 2a consisted of completing the new Second World War Galleries on Level 1 and Phase 2b, the new Holocaust Galleries, on Level 2.